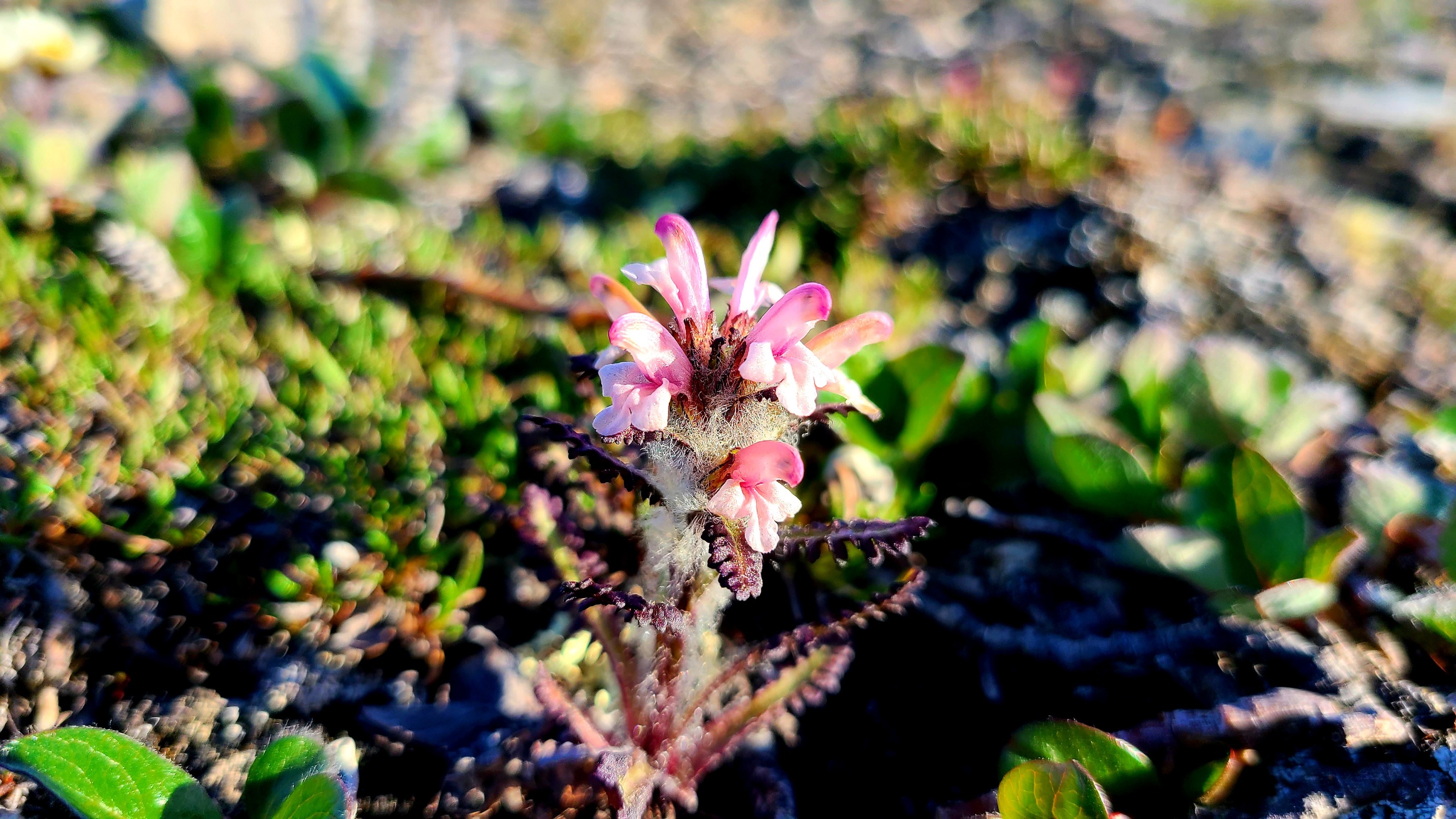 The Capitate Lousewort is called Kukiujait by the Inuit. They are referred to as “banana flowers” since they resemble a bunch of bananas held upside down. The Lousewort is a perennial herb and will die back to the ground in winter only to spring forth again with life come spring. Capitate Lousewort have tall thick septals, which are the leaves just below the petals, that are fused to the bottom half forming a bell shaped calyx. Each flower consists of five petals. The two on top fuse together and grow extremely long compared to the bottom three as a way of protecting the flower. At the end of the “helmet” are two small “fangs.” Hairy Lousewort are a perennial herb that grows to around 10 centimeters in height. It is a bit unique with the hairs that how around the flower. They are an adaption to trap air and keep it still in windy conditions so that the air my be warmed by the sun to help encourage growth. This plant grows its own greenhouse! At least, if you think about it sideways. 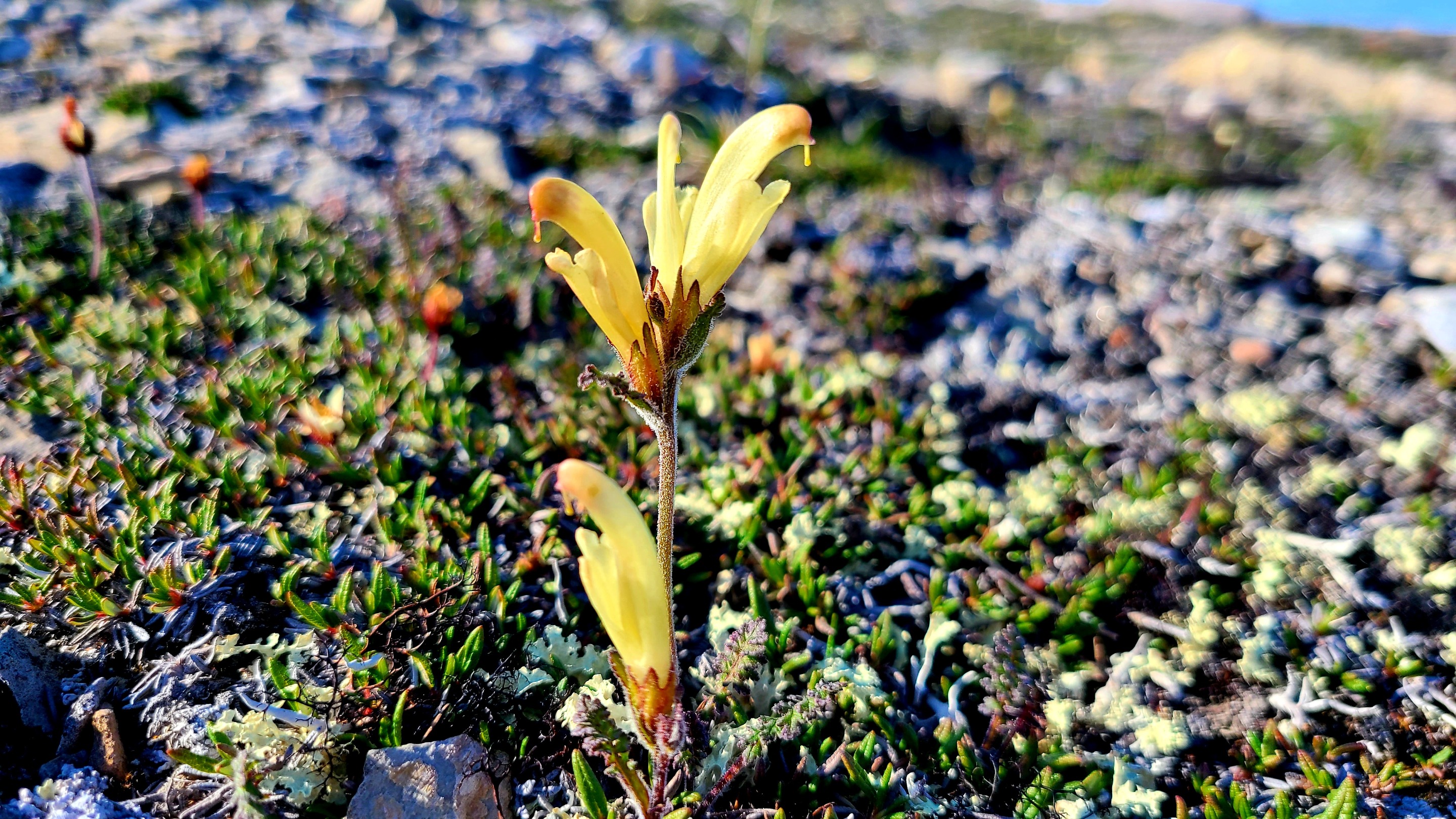 The Hairy Lousewort is known to the Inuit as Ugjunngnaq and it is traditionally used as a herb in soups and stews. And I happened to spot a small wolf spider with her egg sac held below her belly. It was amusing to watch her run. The sac would jiggle every time she stopped giving it the appearance that the spider was overweight and had a lot of… momentum… stored up. xD