American Golden Plovers are known as Tuulliq in some dialects of the Inuit language, Inuktitut. They can also be known as tuulligaarjuk and ungalitte. They are a dimorphic common shorebird that can have a wingspan of 70 centimeters. On the tundra of northern Nunavut, these birds are amongst the largest of the spring shorebirds. The male plover chooses several well-drained areas on the soggy tundra to make nest scrapes during courtship within his territory. But his female partner will only select one, lining the small cup-shaped depression with lichens. (did you know this, Lichton Expert @r0nd0n?) Whereupon she will deposit four creamy coloured eggs speckled with dark brown splotches. Both male and female will keep the nest warm on the chilly arctic tundra. 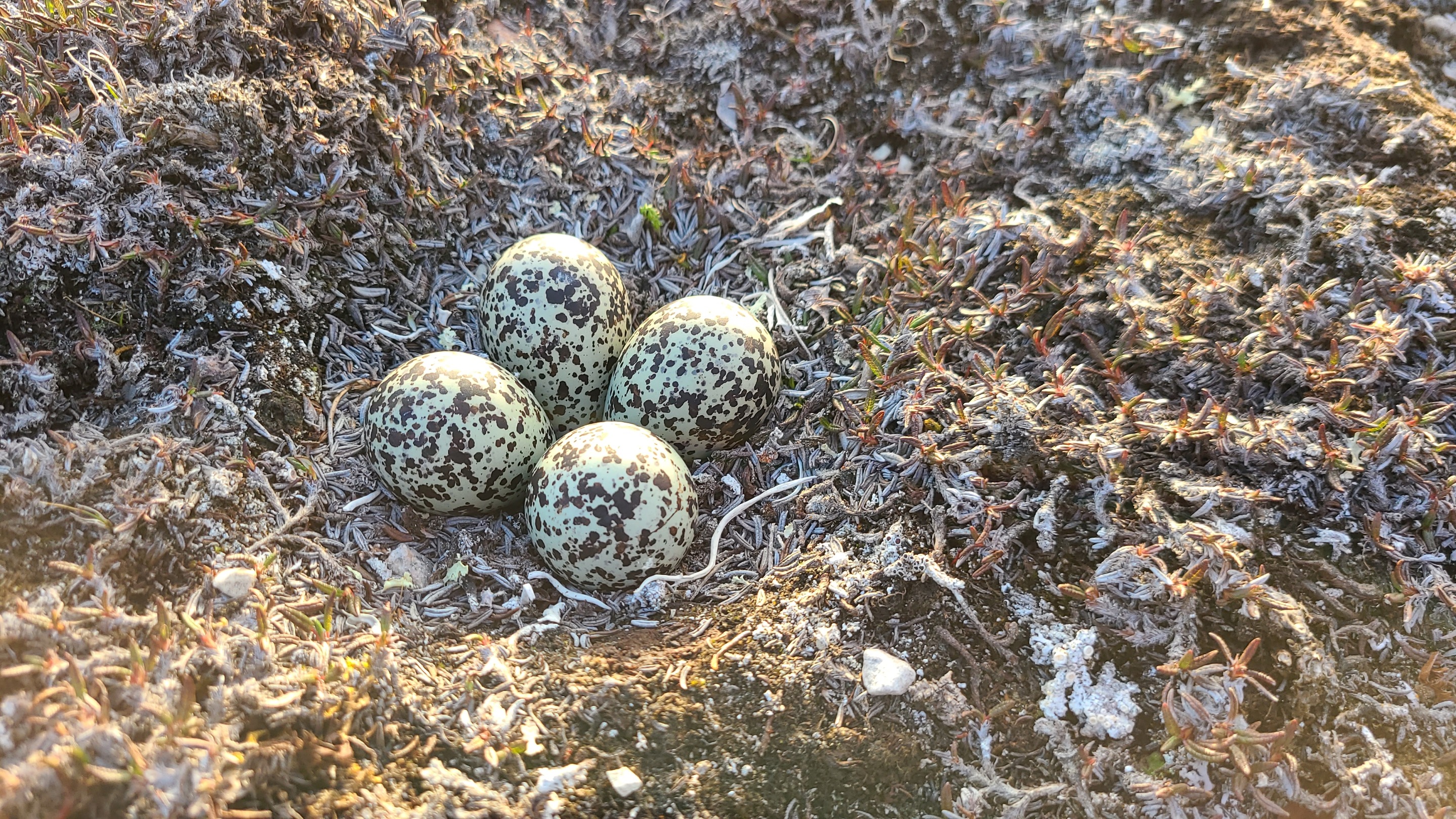 Golden Plovers are extremely territorial, defending their small feeding areas from other shore birds. But their defenses truly shine when it comes to their nests. They will attempt to lure off predators by feigning injury, acting like their wing is broken and they are fluttering on the ground. All the while sprinting in the opposite direction of thier nest. They will also make loud calls and puff up while running at an animal in an attempt to scare them off. I admire the bravery of this bird. Wolverines, Arctic foxes, Wolves and Lynx will all go after the eggs or the bird itself, so it takes some courage for your defensive tactic to include putting yourself at a disadvantage by not being primed to escape at a moments notice. But maybe the heightened alert they are under means they are at the ready. They sure didn’t take their eyes off us. Lapland Longspurs are one of the most abundant birds that nest in the Arctic. And are the most abundant bird in Nunavut. They are a small songbird that weighs roughly 27 grams and has a wingspan around 30 centimeters. Lapland Longspurs are a sexually dimorphic species with the females not displaying the dramatic facial markings that the males possess. Lapland Longspurs are found all across Nunavut except for the northwest of Ellesmere Island. During the winter, the small birds fly south to central and southern United States where they feast upon seeds while they wait for spring to fly north to their breeding grounds. Scientists estimate that the population of the Lapland Longspur is over 40 million in the North American Arctic. They are abundant in the wet tundra, rarely venturing into the rocky terrain where the Buntings call home.